It has been a very tough month. My mother died after struggling for 3 years with a very tough disease, acute leukaemia, or AML to be specific. Building a new business from scratch is a tough assignment, but dealing with such a loss is enormous. I take strength from the fact that she was so supportive of Wolffepack and was determined that it would succeed. I hear her voice telling me to get up and get going, so I will.

There have many kind messages of sympathy and support. It has been a heartwarming illustration of the generosity of spirit of the Kickstarter community and the project's supporters from all sides.

Work has now resumed and we are getting back up to speed. I have been travelling in Asia to see our suppliers and factory, going through final preparations for the production run and assembly.

This is how the latest pre-production sample is looking. I have to say it is coming together very well and looks the part of a finished product. 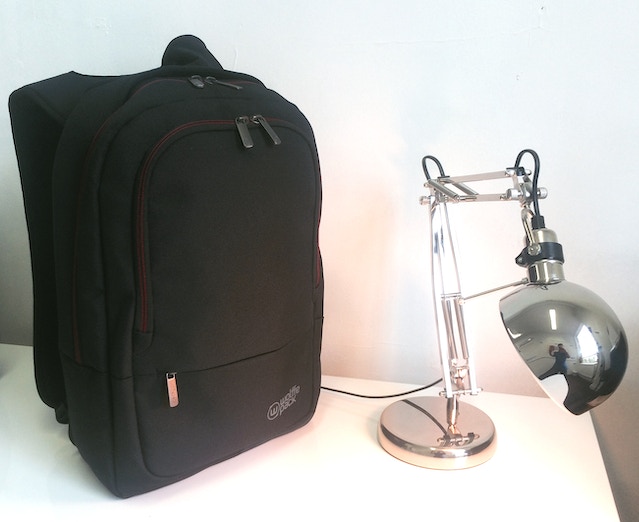 For all the hard work, the impact of the bereavement has been impossible to ignore. In a nutshell: we’ve made good progress, but we’ve lost time.

I’m pleased to say that the recent decision to upgrade on the 2 components has been successful. The new cords are showing their durability and the higher specification is delivering the benefits we expected. The new lock component performs much better than its predecessor and our testing shows we are ready to go.

Rather than standing still, over the past few weeks we have pushed ahead to produce most of the custom components that form the final product. Those components then go on to be assembled with the textile parts to create the unique function of the Wolffepack. With over 90% of the component production now completed and in the warehouse, we have only a little more to do before the assembly can start.

Just to give a small insight into some of the practical aspects of production and the craft involved: it's not just a question of designing a product, you need to design a process to make it too. We have had to engineer solutions to manufacturing tasks, and here is a photo of one of the bespoke tools that we created to give us accurate and consistent production:

We also just performed a complete dry-run assembly of the Wolffepack at the factory using all of the latest jigs (manufacturing aids) that we built in the UK studio. It all worked right first time and produced our latest pre-production sample, which likes the spotlight...

This means that we expect to be shipping in August. We’ll be doing everything we can to meet or beat this timetable.

I guess delays are a typical part of start-ups, but I still feel a real responsibility to the brilliant supporters who have preordered with us and are receiving disappointing news. I hate letting customers down. They are the future of the Wolffepack and how they feel is hugely important.

With a new venture there is inevitable uncertainty, but the least I can do is to continue to be open about our progress, sharing the ups, the downs, and the ups again!